Shopping Cart
Your Cart is Empty
Quantity:
Subtotal
Taxes
Shipping
Total
There was an error with PayPalClick here to try again

Thank you for your business!You should be receiving an order confirmation from Paypal shortly.Exit Shopping Cart

A 150 year detailed history of the beautiful and graceful Paddle Steamers steamers of Loch Lomond with extremely rare archive material. 1953 sees a new Paddle Steamer in Loch Lomond’s long distinguished steamer history and procession with the launch The PS Maid of The Loch, built at the Pointhouse Yard of A&J Inglis. Majestic this sleek and beautiful paddle steamer was the largest steamer to sail on this famous beautiful Loch and sadly also was the last paddle steamer ever built in Great Britain. Less well known perhaps is the long history of beautiful ships that graced Loch Lomond starting in 1816 just five years after Bells Comet when David Napier launched the wooden hulled Loch Lomond paddle steamer Marion , which was then joined by rival The Lady of the Lake in 1825. The next 150 years witnessed a steady introduction of graceful and beautiful steamers that in general steadily grew both in number and in size. This extremely unique DVD production follows the evolution of these elegant steamers that sailed Loch Lomond during this period. We relive and share accounts of vessels with enchanting names of the past including The Queen of Scots 1838, The PS Loch Lomond and Waterwitch 1845, the PS Marchioness of Breadalbane 1846. The advent of the Steam Railway link between Bowling and Balloch in 1850 sees increased popularity and passengers and the introduction of new steamers the PS Prince Albert , PS Queen Victoria. The earliest photograph of a Loch Lomond paddle steamer is that of The PS Prince of Wales seen icebound at Balloch Pier. The latter part of the 18th century sees numerous new names to the Loch, the Prince Consort, Prince Tarbet, PS Queen and the PS Empress, the new PS Prince George and sister ship the PS Princess May. 1911 brings the new and biggest paddle steamer to date, the new PS Prince Edward which was delayed after becoming “stuck” on her way upstream via the River Leven. We take a sail in the late 1920’s and 1930’s aboard the PS Prince Edward calling at Balmaha, Luss, Tarbet and Inversnaid where we take a horse brake across the hill to Loch Katrine to join the The Sir Walter Scott for a sail down Loch Katrine. We sail aboard the PS Princess May steaming down the loch with a steam train in the background heading down the West Highland line and steaming into view comes the PS Prince George at a steady 12 knots. Having arrived by steam into Balloch station we witness rare colour scenes in the 1940’s of a sail once again on the Loch this time aboard the Princes May with Captain MacFarlane in the bridge. 1953 sees the launch of the Loch last paddle steamer the PS Maid of the Loch and we follow her sailing cruises around the loch during her service lifetime during the 1950’s and 1960;s until 1981 when sadly we sail on her for the last time calling at the usual beautiful stops of Balmaha, Luss, Inversnaid and others before we return to Balloch pier for the last foreseeable time. This is genuinely a wonderful and rare account of the numerous graceful and sleek steamers that once sailed this world famous water each with their dramatic, theatrical names like Waterwitch, The Lady of the Lake and Princess May, or PS Queen. Local folklore has it that on still foggy loch evenings many sightings and tales of the sound of these ghosts of the past can be seen or heard off Balmaha or Rowerdennan. 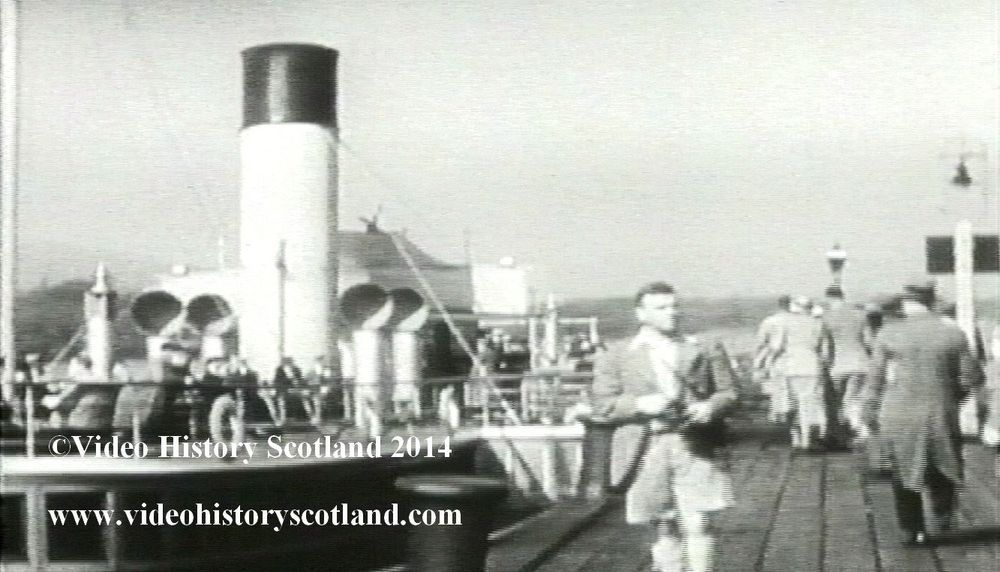 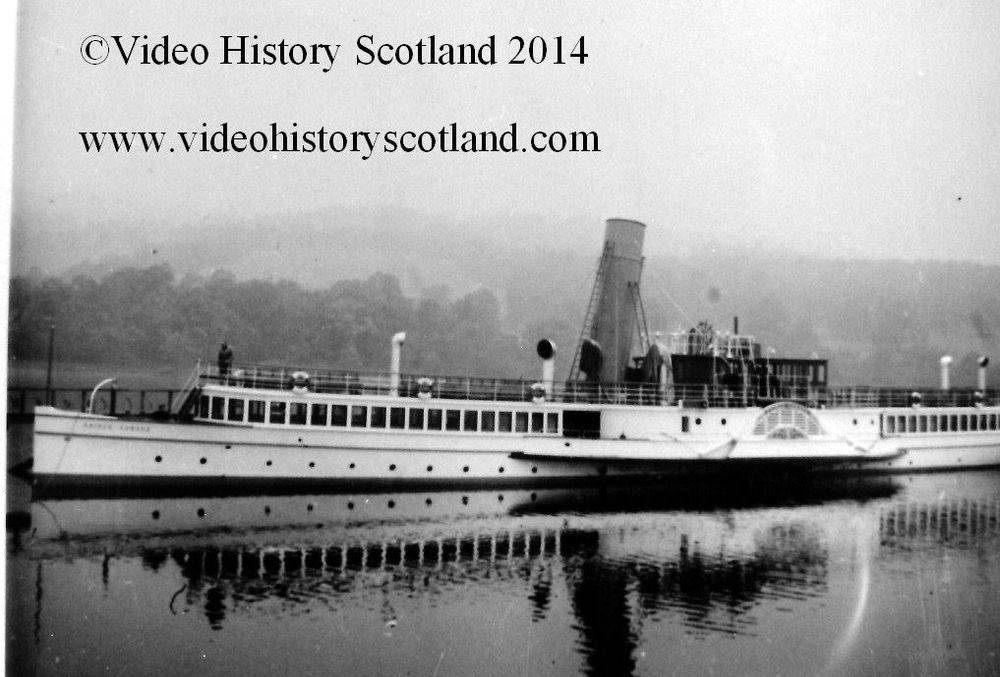 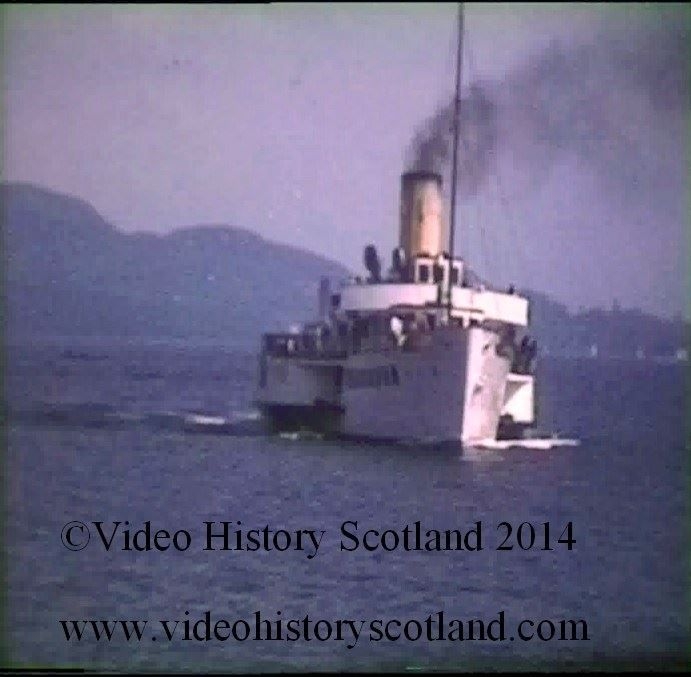 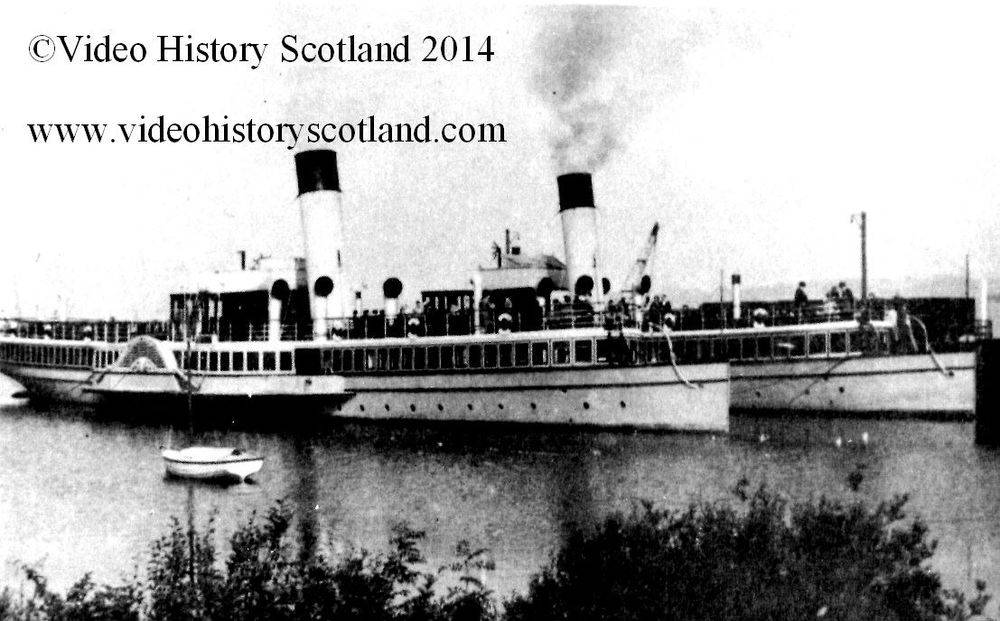 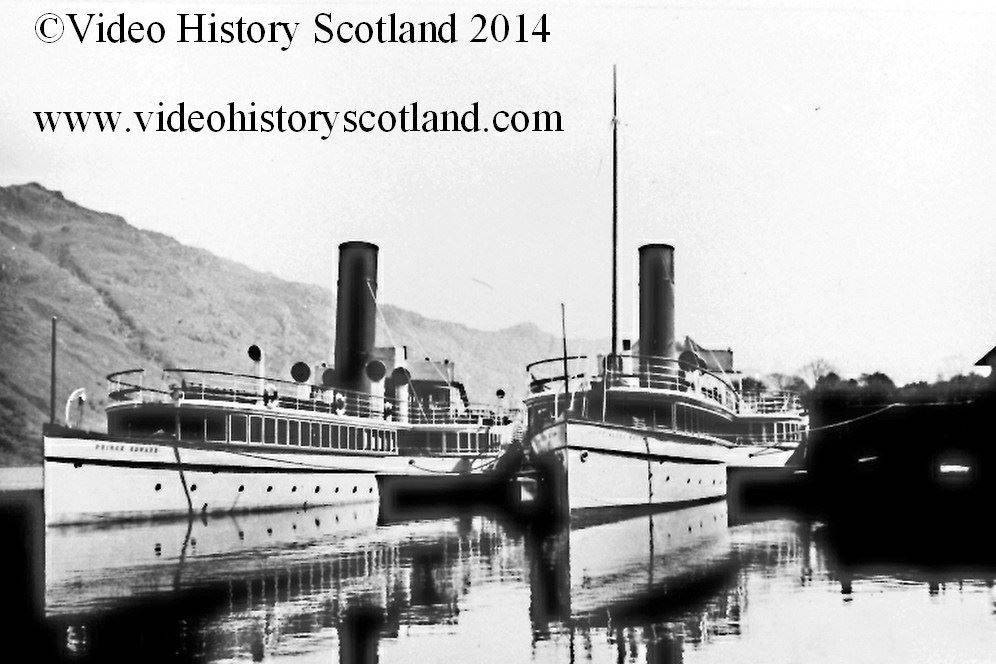 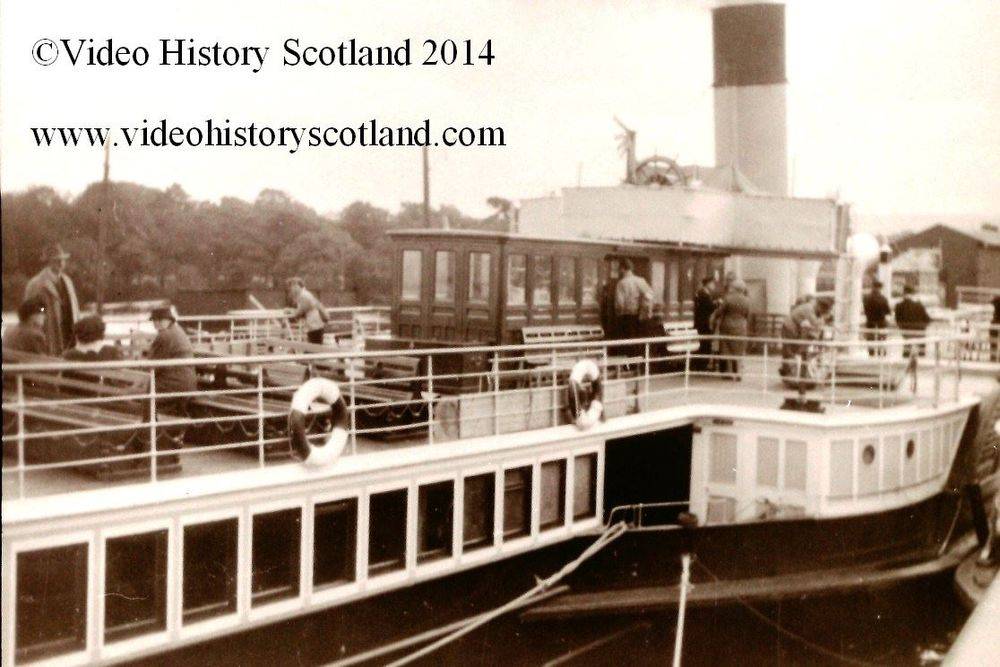 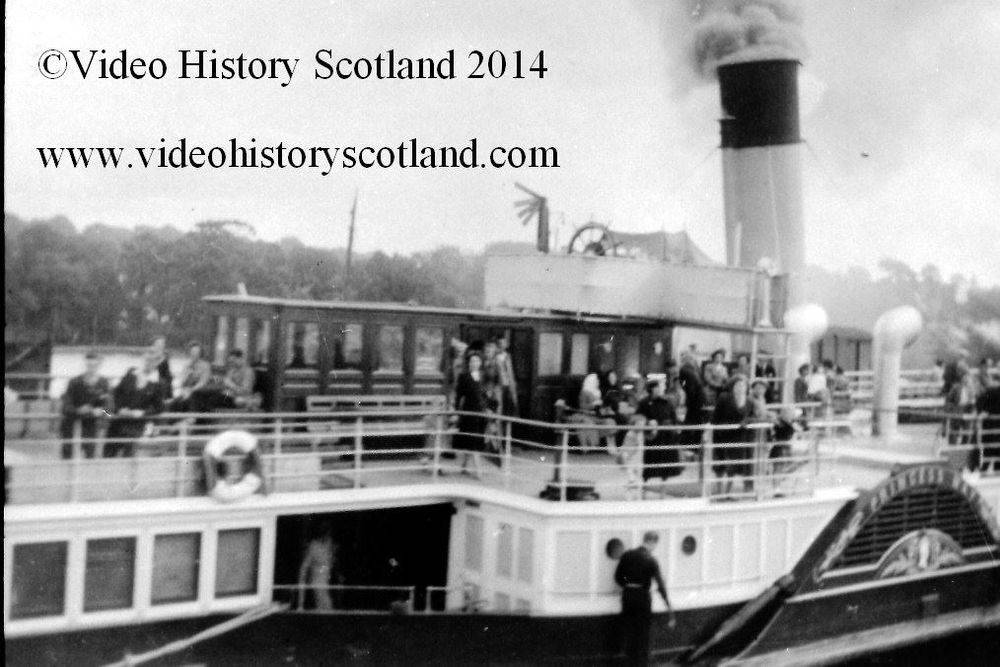 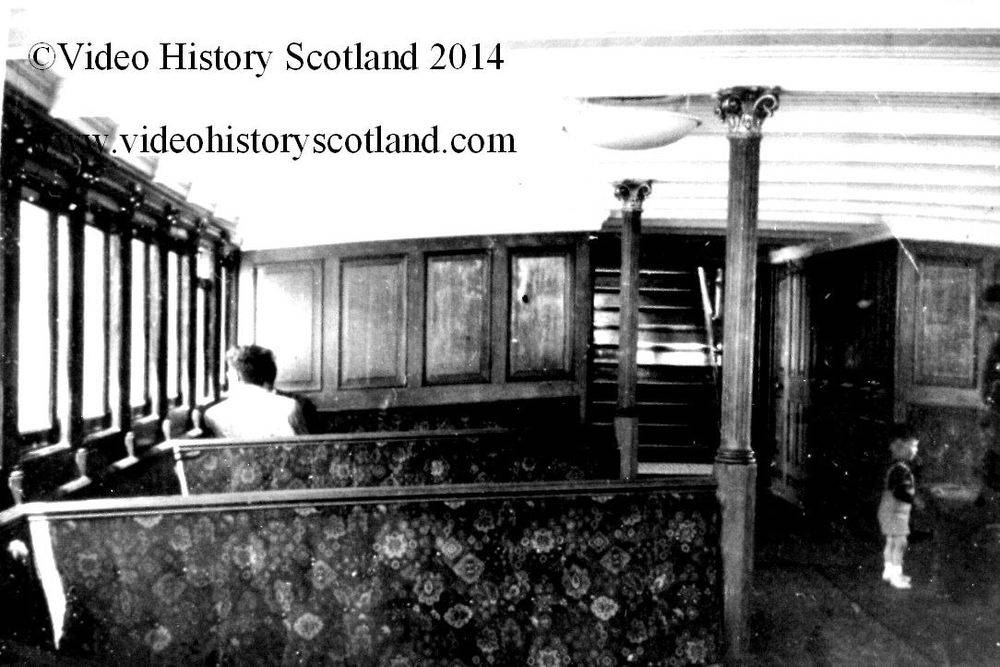 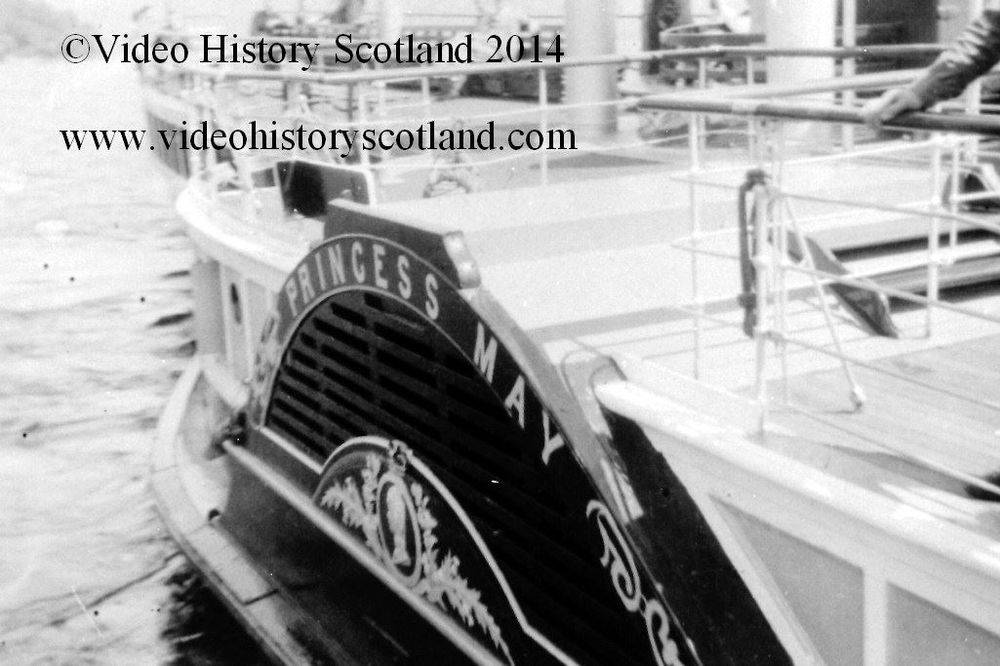 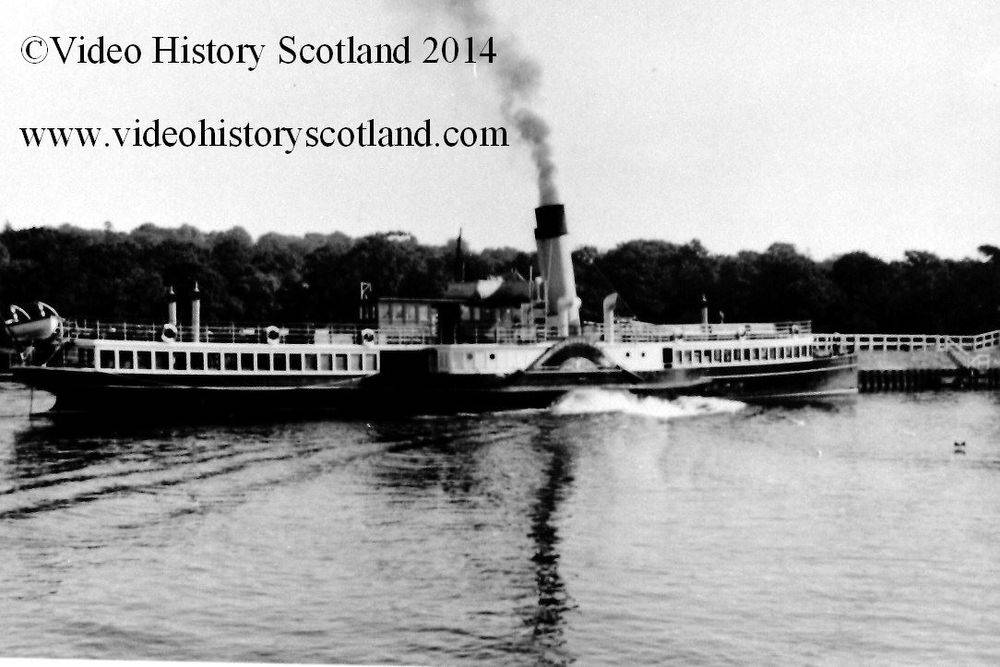